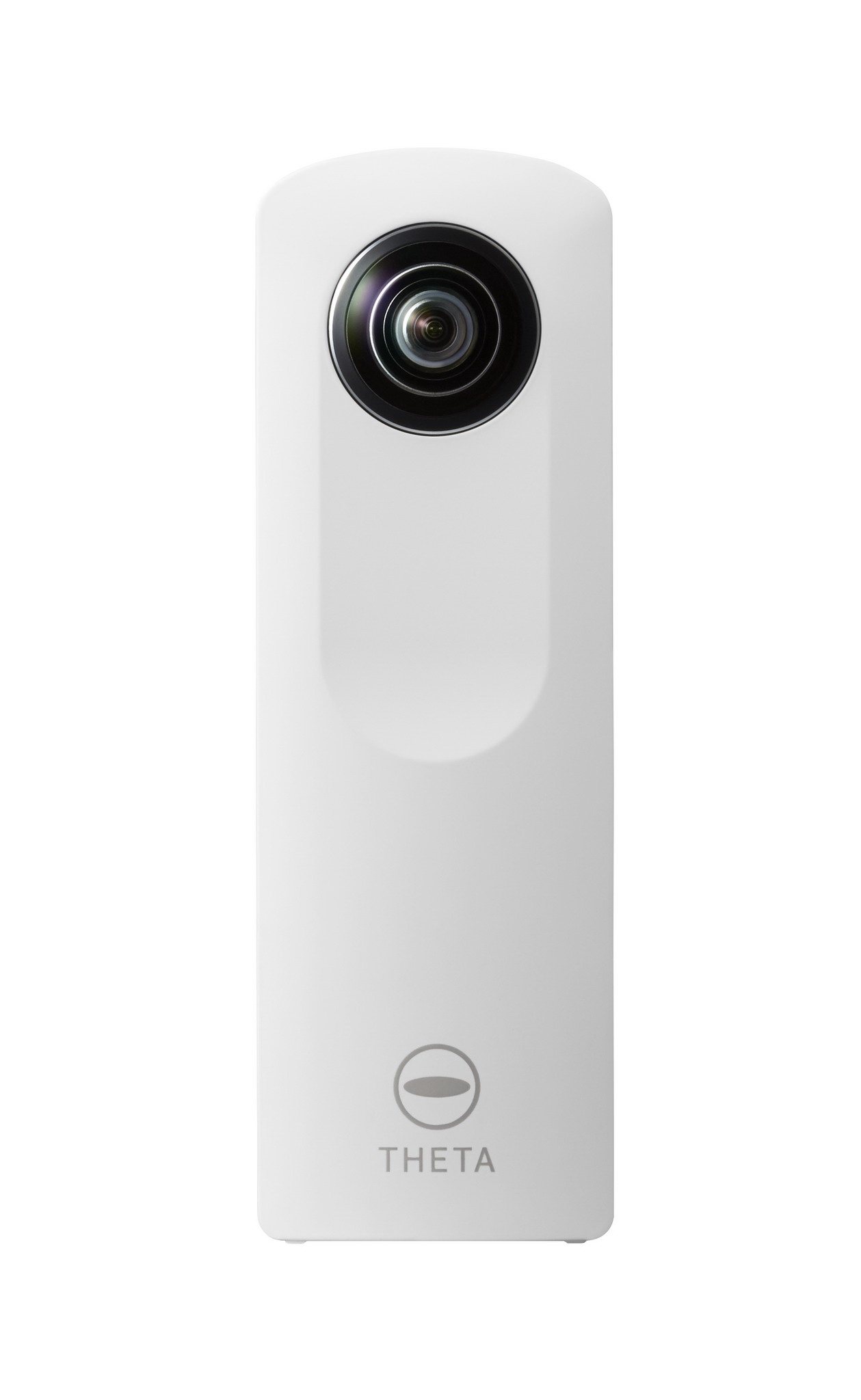 RICOH IMAGING COMPANY, LTD. is pleased to announce the launch of the RICOH THETA in Japan, the world's first imaging device that encapsulates fully spherical scenes surrounding the photographer with a single shutter release.*

The RICOH THETA features a proprietary ultra-small twin-lens folded optical system that captures the scene around, above and below the device for an unprecedented, fully spherical image. Its slim, lightweight (approx. 95 grams) design makes it a perfect handheld, go-anywhere imaging device.

The RICOH THETA synchronizes with smartphones, so captured images can be immediately transmitted via Wi-Fi and viewed on the smartphone screen using a dedicated free application. This application also allows images to be pinched, swiped or rotated to edit size, shape and composition on the screen. In addition, the user can upload the images to the dedicated website (theta360.com) to share on social networks such as Facebook, Twitter and Tumblr, as well as on Microsoft's Photosynth®.

At launch time, the RICOH THETA will be compatible with iPhone 4S and iPhone 5 models running iOS 6.0 or later, as well as the iPhone 5s and 5c. RICOH THETA, a dedicated application for iPhone, can be downloaded from the App Store. Android™ smartphone compatibility is expected by the end of 2013.

The RICOH THETA allows users to capture, explore and share their creativity and unique visual experiences with people around the world using unconventional, fully spherical images. Its simple operation makes these benefits available to everyone, regardless of age or photographic skills.

* As a mass-produced, consumer product capable of capturing the scene around, above and below the device in a fully spherical image (as of October 2013, based on RICOH IMAGING research).